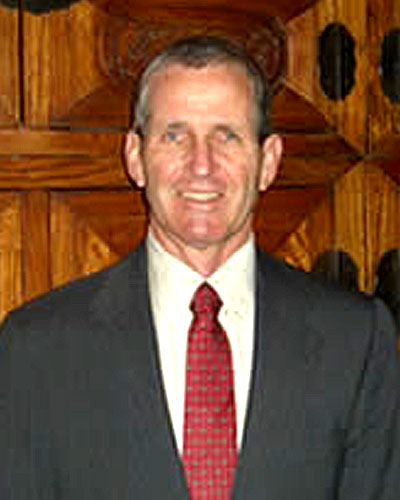 Ray Goff became an investor in CNR in 1999. He graduated with a Masters Degree in Industrial Engineering and a minor in Finance from Texas Tech University (1970). He was named a Distinguished Engineer at the University in 1994.

Mr. Goff was employed at Anheuser-Busch Companies in St. Louis, Missouri for 30 years. During that time, he became a Sr. Vice President and member of the company’s Policy Committee with responsibility for corporate purchasing and corporate research and development, as well as two of the company’s subsidiaries, Busch Agricultural Resources, Inc., and Busch Industrial Products, Inc.

As president of Anheuser-Busch/Asia, Goff headed the team that sited the company’s first brewery in China, developed regional sales offices, and the Chinese national distribution system. He presided over the launch of Budweiser beer in China (1994) and retired from Anheuser-Busch in 2000.

After 18 years in business with the Black Angus cow/calf operation at his north-central Montana ranch, Goff retired in 2005. He and his wife, Diana, have been partners in Pepper Bridge Winery and Amavi Cellars of Walla-Walla, Washington since 1998. Goff participated in the design and construction of both wineries and serves as managing partner of Amavi Cellars.

The Goff’s currently divide their time between the Walla-Walla based wineries, the Montana ranch, and serving with the CNR management team.